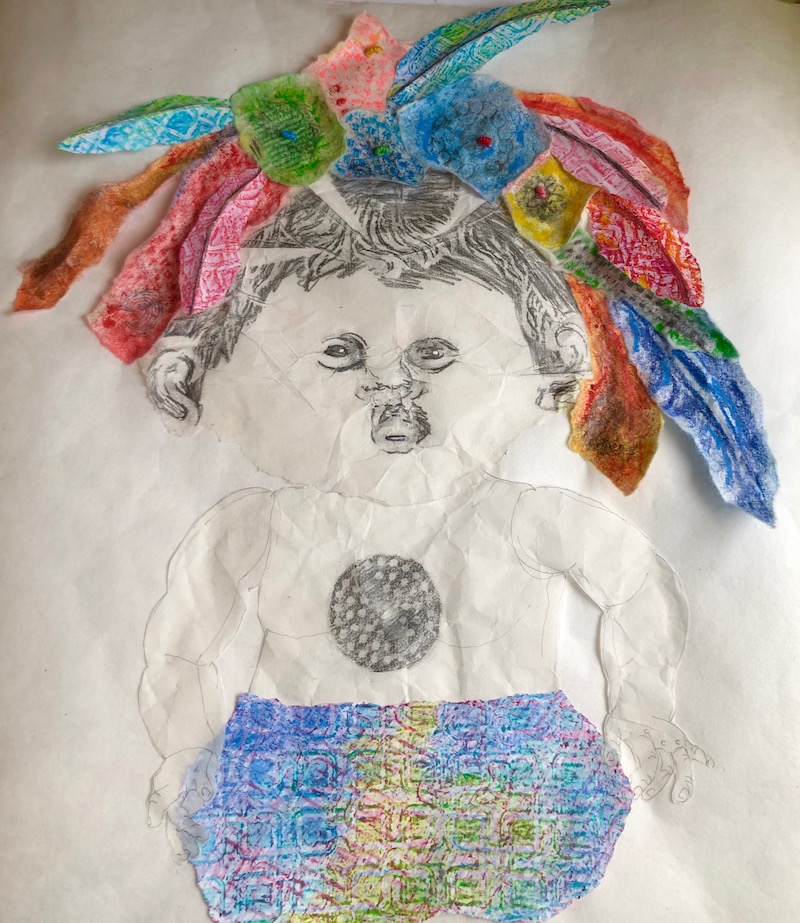 Rosalind is working in the gallery in a time frame leading up to the first anniversary of her mother Phyllis’ death.

‘nobody’ references Phyllis’s loss of self and all physical functions and abilities as she faded into Parkinson’s disease and dementia. Phyllis spent long years lost, diminished and fearful.

Rosalind’s relationship with Phyllis will be her muse in this prospective body of new work based on their memories and the objects held dear. In an experimental and playful way that reflects their early relationship, she hopes to restore a presence, essence and dignity to Phyllis.

This work is about a reality that has passed by leaving a spray of traces. Engagement with material things contributes to the delicate balance of objects lost, found, reactivated or renewed in the memory and lives of us all. Objects in the Gallery may also trigger memories of people, places and atmosphere for the visitor.

A residency allows time and a new working environment to permit ideas to flourish and birth. This residency is partly curated with work also influenced by her mothers predicament, all created since Rosalind’s MA Drawing (2016)

Rosalind graduated with distinctions from MA Drawing at Wimbledon, University of the Arts, London in 2016.

Rosalind co- founded and is co-facilitator of Sevenoaks Visual Arts Forum 2009 – 2020. She is co-curator of this Sevenoaks Kaleidoscope Gallery, an SVAF artist led space.

Rosalind was runner up in the inaugural 2019 London Drawing Group, OverDrawn Drawing Prize. She was a selected artist in the 2019 Society of Women Artists. Following selection for The London Group Open in 2017 she has generated new work as invited artist on site-specific projects with The London Group in 2017, 2018, and will again in 2020. She was a guest artist at The Cello Factory in 2019.

Rosalind has exhibited in London at C4RD, Drawing Now, an International drawing symposium at The Barge House, Oxo Tower. The Crypt Gallery, Gallery Different, The Drawing Room at The National Gallery, 31 Celsius at ASC Gallery, no format Gallery, Wimbledon Space and as Pure Arts Drawing Prize winner at The Strarta Art Fair, The Saatchi Gallery.

Her work is held in private collections in the UK.