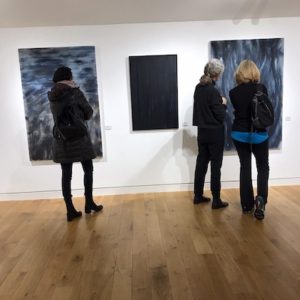 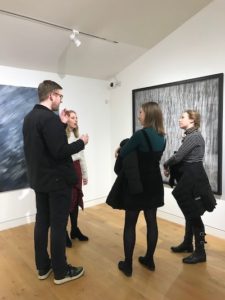 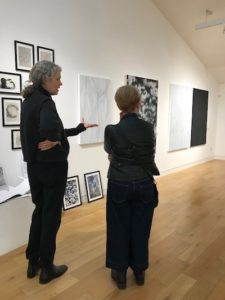 Louise Sunnucks graduated from Central Saint Martins (UAL) in 2013 with a degree in Fine Art B.A.(Hons). After graduating with a degree in The History of Art and Design B.A.(Hons) in 1979, she followed a career in Advertising. She has collaborated with a group of artists from Central Saint Martins for the last six years producing site-specific work at several locations throughout London. She has a multi-disciplinary practice.

Sea Flowers is her first Solo Show . This exhibition is a new body of work which involve photography, painting and drawing. Whilst this exhibition is a departure from her site-specific installations, her new work relies on similar concepts.

She creates surfaces that she observes in the world around her, the over- looked, the discarded, the intangible, the temporal, ephemeral and mundane. Subjects or events perceived as ‘having been there’. Captured in a photographic image she translates this information into a surface that contains a memory imprint. 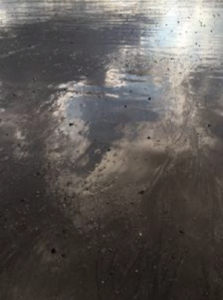 Sea Flowers is her particular vision of man-made objects or natural phenomena that she encounters. Many of the works are based on photographs of patterns or surfaces created by time, wind and water that exist for just a moment in time, sometimes seconds. This a record of something as ‘having been there’, ignored and unseen. The Sea Flower is her interpretation of Fractals in the sand that we as humans are naturally drawn to as they mimic plants, trees or roots. She finds beauty in the overlooked and these works will hopefully resonate with the viewer