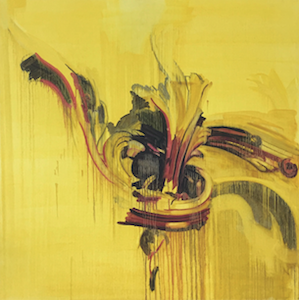 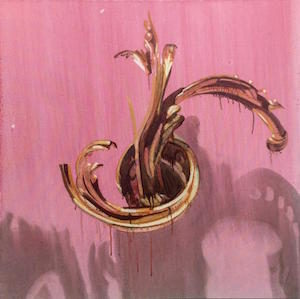 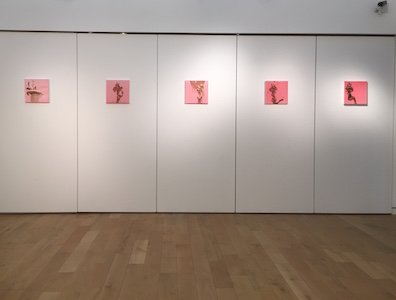 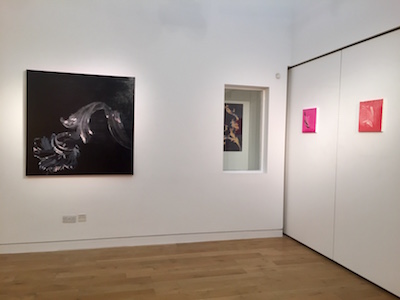 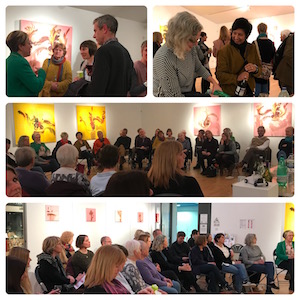 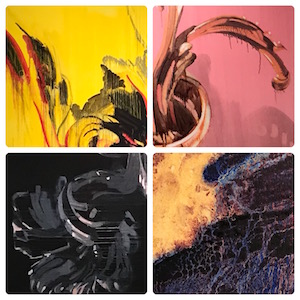 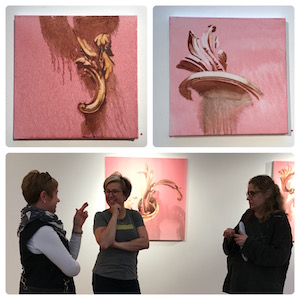 Paula MacArthur’s paintings are a personal celebration of love & a reflection on the fragility of the ideals we yearn for. They are large scale, colour saturated memento-mori which aim to explore our desires & the fear of losing the object of our desire. The paintings encompass universal experiences & reflect upon the multilayered human responses within relationships. Painterly marks describing the light & luminescence of the objects are enlarged; ornate swirls morph into bodily gestures. The haptic quality of the brush marks & dripping paint give clues to the painter’s process & this ephemerality is suggestive of the short time we are here to experience the joy and pain of life.

The particular focus of these recent paintings is the balance between light and shadow, without the contrast of shadows we do not see the light. Each conflicting state within our lives and relationships is visible against its opposite.

Throughout her career as a painter MacArthur has worked with geometry in painting, in the Rococo series the ornamental curves conform to these precise mathematical patterns. These underlying structures give an innate harmony & a grounding connection back to Renaissance ideas of universal interconnectedness & understanding. This principle of inseparability & union reminds us of the balance in our relationships both personally, politically & universally.

Painter, Paula MacArthur trained at Loughborough College of Art & Design and The Royal Academy Schools and now works from her studio in Rye, East Sussex. Paula was a prize winner at John Moores 18 in 1993, first prize winner at NPG Portrait Award in 1989 & was shortlisted for WW Solo Award in 2014.