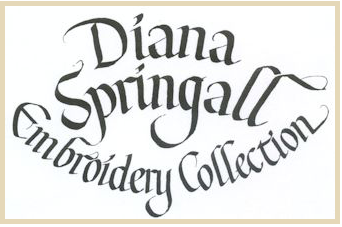 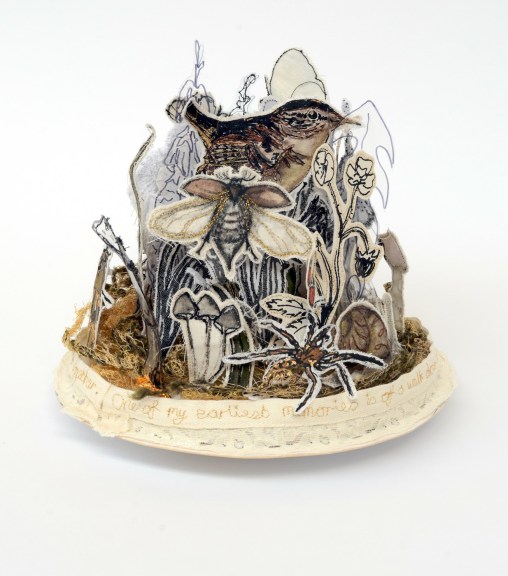 Wren and Frog by Holly Hart

We are delighted to welcome Diana Springall to the Sevenoaks Kaleidoscope Gallery. This exhibition has been selected from her unique collection of over 150 pieces including drawings, design sheets and final works. On display will be her own work and that of  23 peers and colleagues.

“The Diana Springall collection provides a crucial contribution to modern textile history through the representation of work made with needle and thread in Britain from the mid 1970s onwards. As a collector, Springall has moved against the norms of the times, collecting with discipline, place and time very firmly in the forefront of her mind. The results provide us with a considerable record of recent material culture in stitch, a collection that may not have materialised if it had allowed itself to be defined by more mainstream collecting policies.”  Jessica Hemmings

Artists she has championed and whose work you will find in her private collection include Alice Kettle, Jean Littlejohn, Audrey Walker and Karen Nicol. 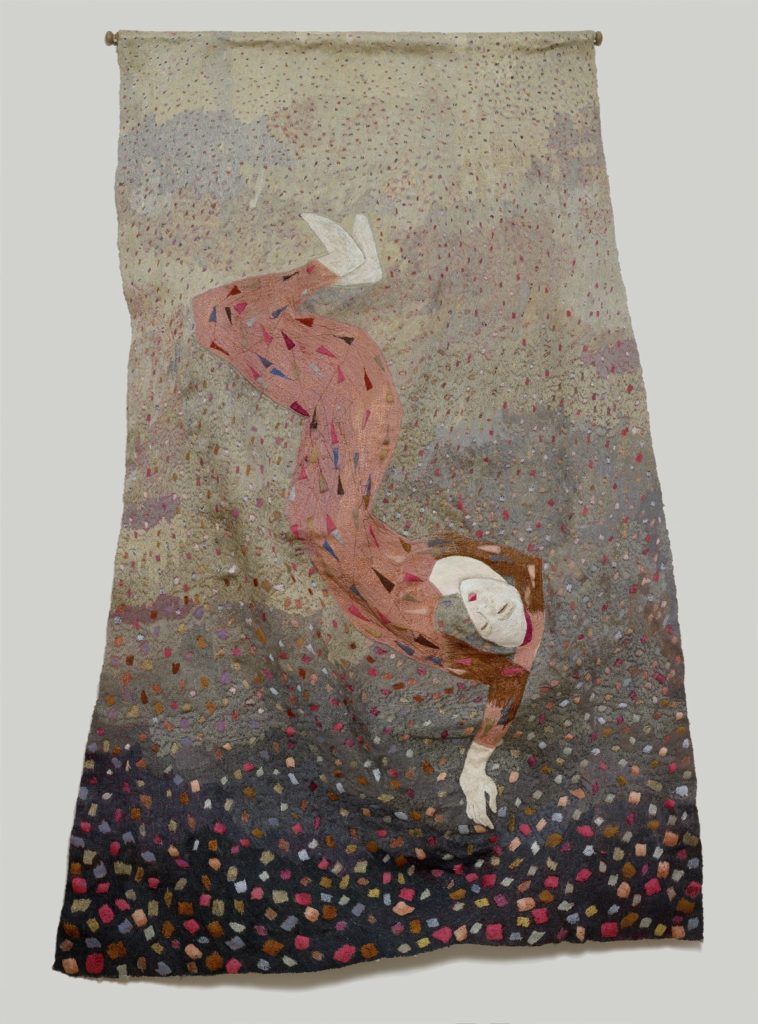 The full collection of some 150 pieces includes drawing, design sheets and final works. It mainly focuses on what was created after 1954 when embroidery was granted equal qualification status alongside painting, sculpture and illustration at Goldsmiths College. This initiative, led by Constance Howard, has led to the acceptance of embroidery as an art form in its own right.

Inspirational International textile artist Diana Springall will be seeking to answer the question ‘What do you mean by Embroidery?’ 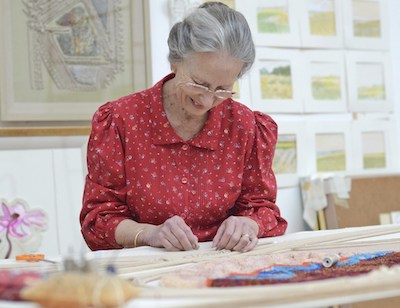 ‘What do you mean by embroidery?’ is a question Diana is often asked.  Referencing her own work and collection, come along and listen to her attempt to answer in front of her Kaleidoscope Gallery exhibition .

As part of the exhibition The Diana Springall Collection at The Sevenoaks Kaleidoscope Gallery 20 August – 7 September.

Free but seats are limited. Please book at the Sevenoaks Kaleidoscope Library information desk or Book FREE tickets at EVENTBRITE

Diana Springall who still works on commissions in her spacious workshop in the Kent countryside is amongst the most well-known of all British textile artists. Her work is found in many private and public collections, including the Victoria and Albert Museum and the Embroiderers’ Guild.

In what could be described as the golden age of textiles Springall trained at Goldsmiths 1956 – 60. Initially she specialised in painting but the University had placed the subject of embroidery on a par with painting, sculpture and illustration in 1954.

In an artist practice spanning over forty years, she has taught and lectured in Universities and spent many years as a panel lecturer at the Victoria and Albert Museum. She is a former chairman of both The Embroiderers’ Guild and The Society of Designer Craftsmen. For the last forty years she has built and catalogued The Diana Springall Collection and remains a Fellow of the Royal Society of Arts. 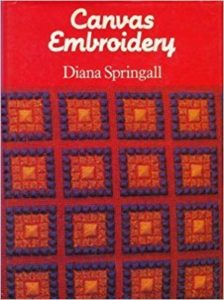 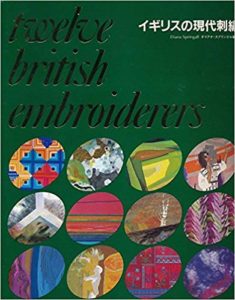 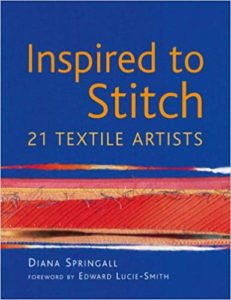 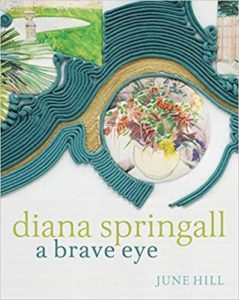 Books about Diana include ‘Diana Springall A Brave Eye’ by June Hill. 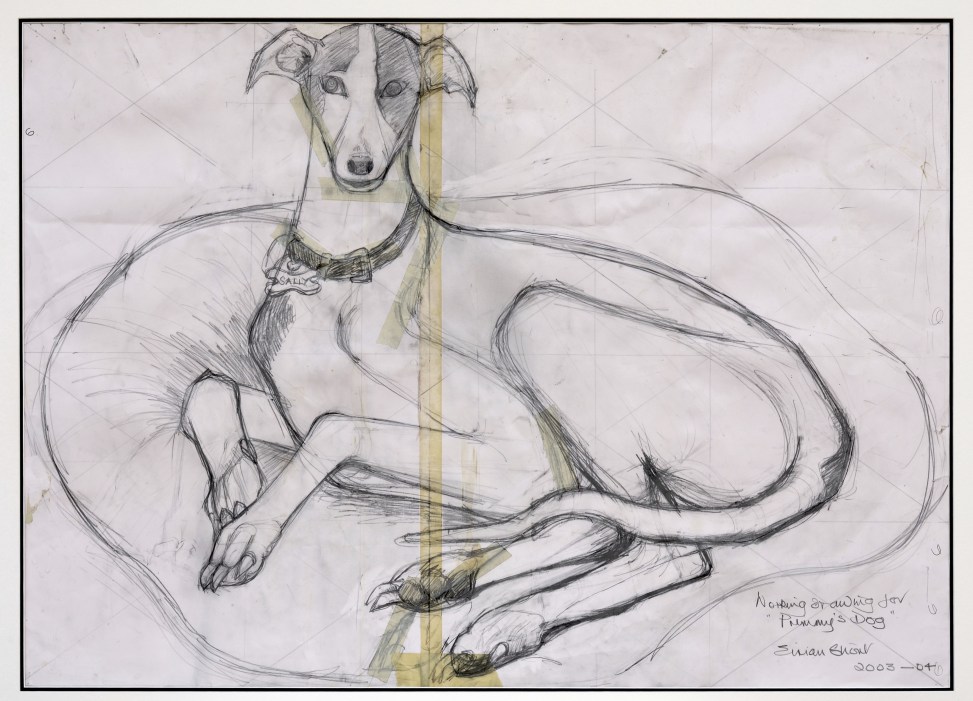 ‘The strengths and uniqueness of British contemporary embroidery is due to the fact that it is founded on drawing.‘ Diana Springall 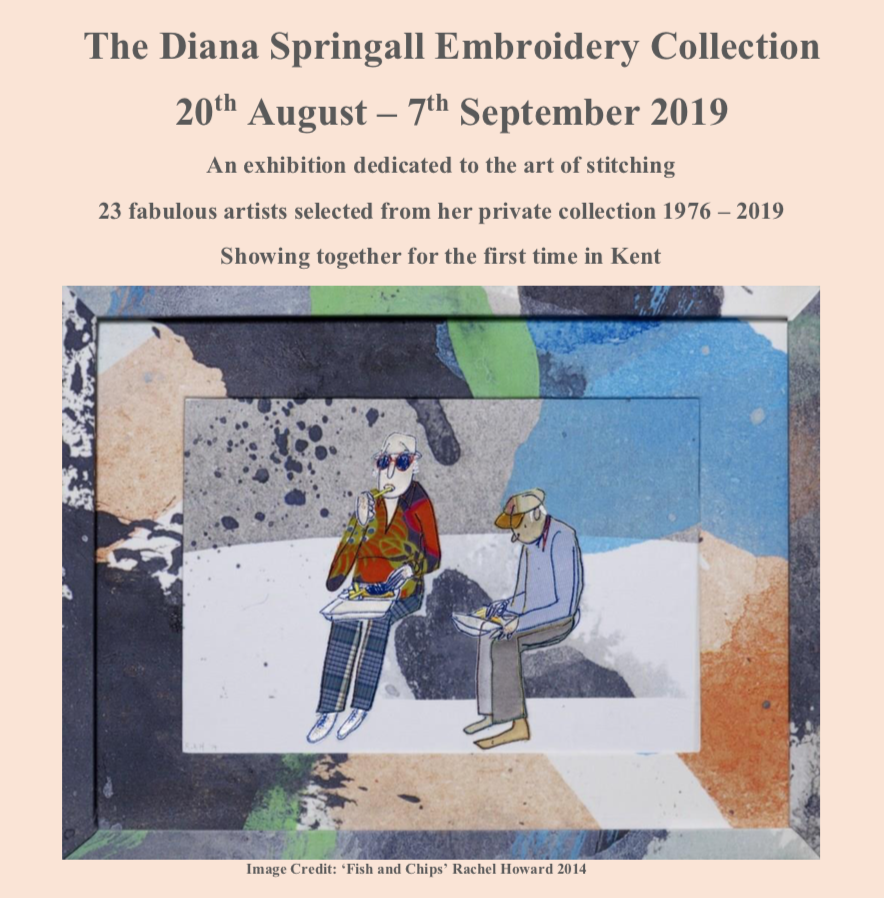