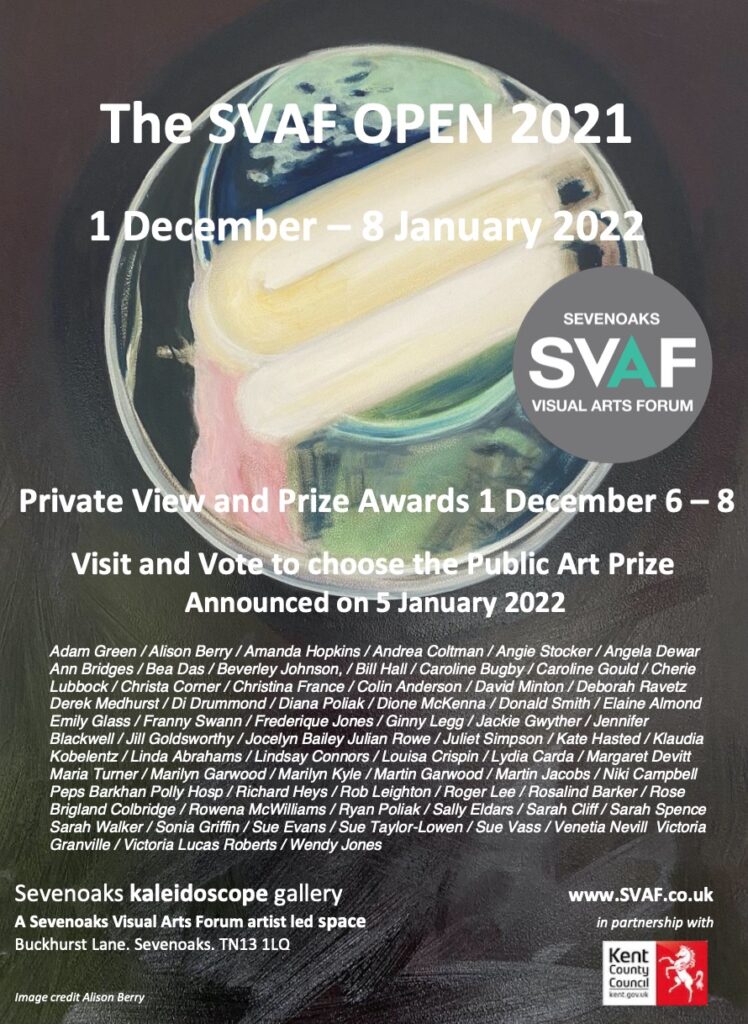 Reflecting the variety of members’ practice ‘The SVAF OPEN 2021’ sees a showcase of drawing, textile, painting, print, installation, and sculpture. We are delighted that sixty-eight of our artists elected to exhibit this year. This OPEN is a true open and is nonselective; all members were invited to show their work. SVAF has flourished in the wobbly Art world of the last eighteen months. While we were unable to congregate in our Gallery home, we grew our presence on social media and hosted two virtual exhibitions attracting an increase in membership. 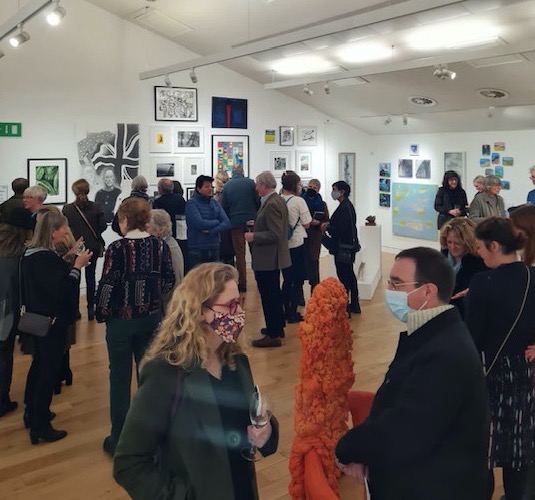 The Peoples Choice Award
The Public Choice Vote was counted just before the 5th January 2022 SVAF meeting. Thanks to the hundreds of people who voted. The three artists who led the field were so close in voting numbers we decided to award 3 prizes. Congratulations to Andrea Coltman who won the £100 cash prize with The Way They Were. Angela Stocker with 2020 Vision and Jackie Gwyther with Silver Birch had equal votes and only 2 votes behind Andrea. Both were awarded a £50 cash prize. 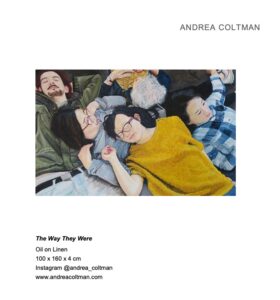 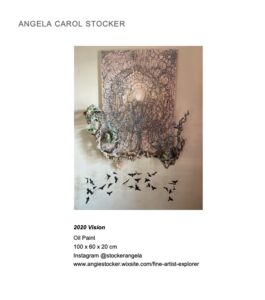 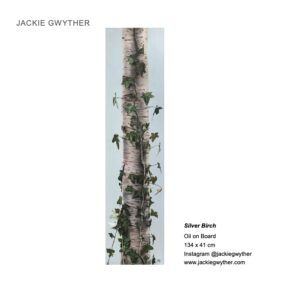